Youth Authors: “Could you Imagine?” by Shaianne & Jai 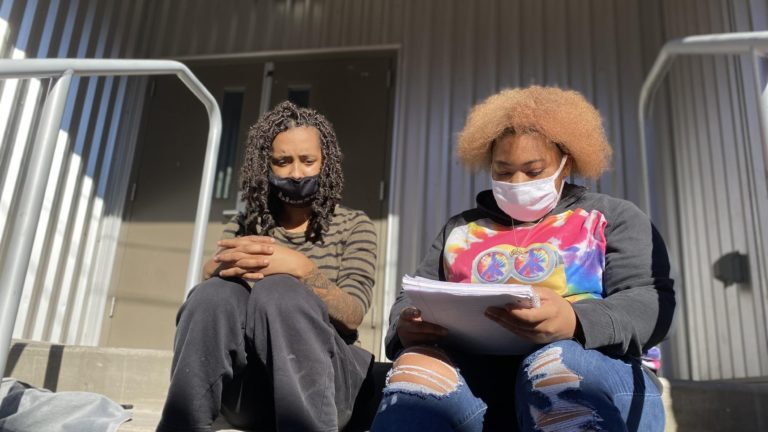 Homelessness can occur at any point in your life, but could you imagine being  just under 18 with close to nothing and just about no one there for you? In the city of York, Pennsylvania homelessness is no stranger, but to these young adults homelessness is like getting sentenced to life just for being born. You’re about to witness closely just how real it can get for people who, for the most part, don’t deserve it.

Shaianne is 19 and has been on her own since the age of 17. We asked if she was willing to tell her story and she was more than willing. She began by telling us what brought her into homelessness. “I was working and my mom had access to my account. She withdrew money without my permission and that was the fuel added to the fire.” She told us she ran away and was on her own ever since. At the time she was attending Crispus Attucks Charter School. A family friend introduced her to another organization and she gave it a chance. Shaianne was dedicated and eager to get her diploma. She wouldn’t settle for a GED. “I work too hard to settle for less than what I set out for. Not throwing shade to those who went that route but I want my diploma.” Being in line for valedictorian, she did not expect the drastic fall that was to come in the future. From her friends being kicked out of the shelter and then arrested to being kicked out of school and having to move back in with family. Today Shaianne is back in school and hard at work with only one thing in mind: success. During the interview Shaianne points out that there were too many times where she wanted to give up and the only thing keeping her in line was God and prayer. For Shaianne it took being homeless to see the bigger picture. We asked her whether she thinks males or females have it worse when it comes to being homeless and she said “I think females have gone through the most because at this time they are very vulnerable and some are willing to do anything just for a place to sleep.” As a female she’s expressed that female hygiene products are hard to come by and that some females end up insecure due to this experience.

One night last year, 35,038 unaccompanied youth were considered homeless. 89% of those young people were between the ages of 18 to 24 and The remaining 11% were under the age of 18 thats 3,976 kids reported homelessness. Could you imagine?

This article was written by youth from Valley Youth House in York County in conjunction with the York Coalition to End Homelessness.