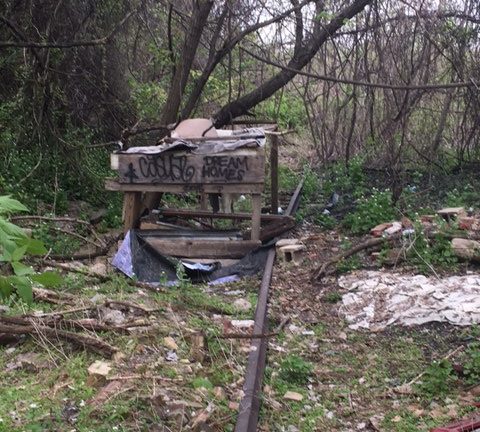 To view photos and media coverage of the event, visit our Twitter page.

VYH is proud that Shani Meacham, Director of Housing and Emergency Services in Philadelphia, will speak on the panel. Her testimony is as follows:

My name is Shani Meacham. I am the Director of Housing and Emergency Services in Philadelphia for Valley Youth House. I want to thank you for the opportunity to testify on behalf of the young people in Philadelphia who are striving to overcome poverty, housing instability, abuse, neglect and discrimination. Valley Youth House began in 1973 as a single shelter and now provides services to youth in eleven Pennsylvania counties. We started a transitional housing program in 2005, designed to meet the needs of former foster care youth that were experiencing homelessness after exiting the “System”. We work with young people ages 14-23 that have been a part of the foster care system; are lesbian, gay, bisexual and transgender; who have experienced housing instability and homelessness and those who experienced sexual exploitation. These youth are extraordinary and move beyond life challenges that average Philadelphians cannot even imagine. Though VYH’s reach and programming has vastly expanded, our mission to serve the most vulnerable youth remains the same.

Each year, nearly 1500 young people in Philadelphia access support through Valley Youth House’s programming. We guide youth towards independence through life skills training, permanency services and housing assistance. Four short-term housing assistance programs provide a range of support based upon a young person’s needs and past experiences. Each year, approximately 150 vulnerable young people and their children live in safe, stable housing through these programs. Permanency services provide youth with resources and permanent connections. The Achieving Independence Center, a collaborative project sponsored by the Department of Human Services and managed by Valley Youth House, provides support and real life tools for young adults transitioning from the foster care system to independent adulthood. Additionally, The Synergy Project is a RHY-funded Street Outreach program operated by Valley Youth House and tasked with reaching over 4,000 youth through outreach activities, and providing services and supplies to 2,080 homeless youth in Philadelphia throughout 2016.
Today you are hearing testimony outlining the crisis facing the homeless youth of Philadelphia. You are listening to youth eloquently and genuinely speak of their experiences. I want to thank you for the opportunity to testify today about the young people Valley Youth House works with in our housing programs and outreach project every day in Philadelphia and how the City’s continued support is needed to help reach all the youth who have yet to be seen and increase the resources to meet the need of the staggering numbers referenced in this hearing.

Youth experiencing homelessness are often referred to as the invisible population as they actively seek to avoid shelter and the stigma of being homeless. In collaboration with the Office of Supportive Housing Valley Youth House has a lead role with the quarterly Youth (Point-in-Time) Count efforts to count and survey young people under the age of 25 who are homeless in Philadelphia. The number of youth surveyed since 2014 is a smaller sample of the homeless youth in this city (about 365 surveys to date). Valley Youth House is excited to continue this work with OSH and Chapin Hall as Philadelphia was recently selected as one of 22 cities to participate in the Voices of Youth Count project. However, the current information gleaned from these surveys for Philadelphia is consistent with many national statistics. An average of 56% of youth surveyed in the Philadelphia Youth Counts between 2014 and 2015 had a DHS placement history. An average of 31% of youth surveyed identified as LGBTQ. These results further support the narrative that Philadelphia’s youth exiting foster care and LGBTQ youth are experiencing homelessness at a disproportionate rate. It is also important to note that of the youth surveyed, over two-thirds were African-American.

Youth in foster care have long been identified as having greater risk of homelessness upon discharge. These youth represent over 90% of the young people served by Valley Youth House in Philadelphia. As a society, we have come to accept that our children, siblings or nieces and nephews are not transitioning to the full responsibility of adulthood at 21. Typically, youth are living with parents or other supported environments longer, on average until the age of 26 (1). This allows youth to develop the skills and responsibilities of independence while gaining education and employment. However, for youth exiting the foster care system, this transition is more shocking as they are expected to transition to full independence and suitable housing on or before their 21st birthday, many at the age of 18. Many of these young people have experienced trauma, abuse, and have little to no support from family but are held to a higher expectation and standard than their peers. As a result, studies have reported up to 37% of youth exiting foster care experience at least one period of homelessness upon leaving the system and up to 50% report being unstably and precariously housed (2).

Think about a young person in your life between the ages of 18 and 21. Maybe they are in college or studying for a trade. Maybe they stay at home while saving money from their first few months or even years of employment. Imagine all the benefits they may have received by having a stable and supportive home. Now imagine those supports are gone, or never existed. Imagine that youth is “Sasha,” a youth in our Supportive Housing Program. Sasha was in foster care since she was 9 years old. While in care she lived at 6 different placements and attended 9 different schools. Sasha had to attend summer school in fourth, ninth and twelfth grades in order to graduate because she moved so often her IEP (Individualized Education Plan) was often delayed in transferring to the new school. Sasha was often left behind academically. Sasha experienced other traumas while in care, including a sexual assault. Sasha was discharged from care at 18 years old. She had no job or means of income. After a few weeks house hopping between a friend and a boyfriend, Sasha was forced to spend her nights at Penn’s Landing. For months she was homeless and alone. Sasha was finally connected to shelter and, eventually, our Supportive Housing Program only after re-engaging with her Life Skills Counselor and the Housing Liaison at the Achieving Independence Center.

It is projected that 841 youth will age out of foster care between July 2015-June 2016. Of these youth, it is projected only 477 will exit with a permanent residence (57%) (3). Programs like Valley Youth House’s Supportive Housing Program and Room and Board Program, with funding provided by HUD and DHS, help to address some of this need. But the programs that exist are not enough to meet the housing needs of the 346 youth that will exit the system this year without a permanent residence. Based on current funding, Valley Youth House serves 41 youth through the Supportive Housing Program at any one time, just 12% of the overall number projected. Having a safe place to live creates an environment for young people to excel. Last year, 88% of youth exiting both Supportive Housing and Room and Board programs left in permanent and positive housing situations. They can focus on school, work and typical issues facing youth. I respectfully request you refer to the photographs attached as exhibits to my testimony. (See Appendix) These pictures were taken by our Synergy Project while conducting outreach in various areas in Philadelphia. They have found abandoned homework and unwashed youth clothing here. They have found young people who do not feel safe anywhere. Imagine focusing on academic achievement and searching for a job when your night is spent in tunnels, tent cities along the transportation lines, living in abandoned houses, warehouses and cars. The focus is simply to survive. Youth are resilient and do keep going – it is our duty to make it better for them.

LGBTQ youth represent only 5-7% of the national population. According to a national study conducted by the Williams Institute for the True Colors Fund in June 2015, 32-40% of homeless youth identify as LGBTQ (4). Thus far, in the four Philadelphia Youth Counts conducted in 2015, between 35-53% of youth surveyed identified as LGBTQ.

LGBTQ youth make up 100% of the youth served in Valley Youth House’s Pride Program. Pride is a rapid-rehousing program which began in 2010 and is Philadelphia’s first and longest running program to provide housing exclusively to LGBTQ youth, ages 18-24. We have seen that while LGBTQ youth deal with some of the same challenges to housing as other youth, the prevailing reason for homelessness cited at intake by Pride youth is rejection from parents and extended family members. Many youth are no longer wanted or do not feel safe in their family homes due to their identity as lesbian, gay or transgender. This alienation from the family network creates instability that, together with poverty and more limited employment opportunity, makes LGBTQ youth increasingly vulnerable to homelessness.

Most often, this homelessness includes house hopping and couch-surfing. These are mild sounding terms but represent situations that can be very dire. A couch-surfing youth is anxiously awaiting the end of the time limit, when the goodwill of a friend or neighbor runs out and the streets, and sadly many adult shelters, offer dangerous alternatives. A more frightening and very real scenario is that the “couch-surfing” youth is forced into “survival sex,” trading sex in exchange for a place to stay for the night, or falling victim to the human trafficking trade. A recent study stated that gay youth were 7 times more likely to be forced into survival sex situations than their heterosexual counterparts. Transgender youth were 8 times more likely (5).

Youth in the Pride program demonstrate that providing stable housing helps youth experiencing homelessness and identifying as LGBTQ to defy the odds. Since 2014, over 80% of youth have exited Pride with employment and 98% remain in stable housing six months after exit. However, due to limited funding Pride cannot meet the demand of the 75 youth referred since July 2014. 40% of youth referred to Pride will not secure housing through the program without increased resources.

I want to thank all of the City Council members for their time today and interest discussing youth homelessness. I believe we all share a mutual belief that young people deserve to have an environment where they feel safe and that fosters their transition to independence and becoming a positive contributor to our community. On behalf of all the youth serving providers, we are eager to continue to work with City Council and the Kenney Administration on these efforts. We remain motivated because our goal tonight, and every night, is to provide access to a safe sleeping situation to any young person who wants one, in particular, those most vulnerable youth leaving foster care and/or who identify as part of the LGBTQ community. 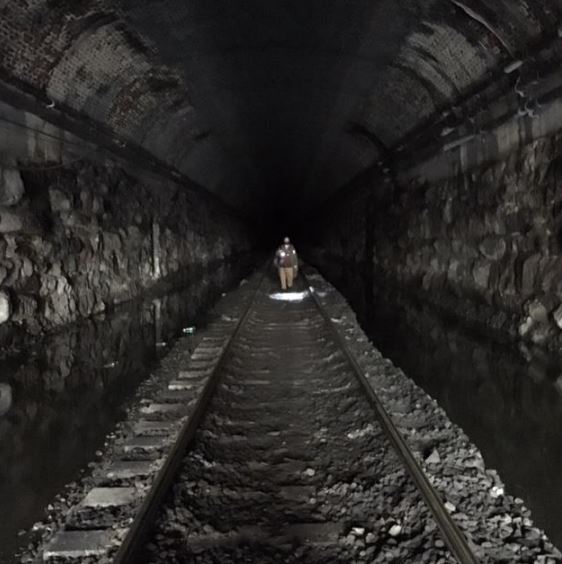 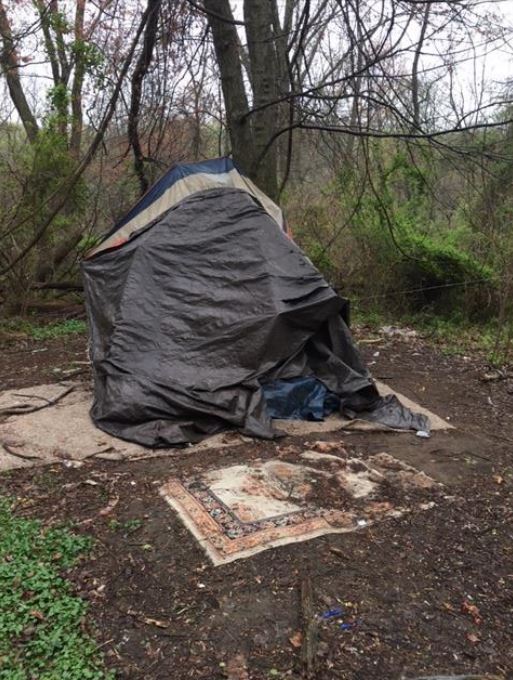 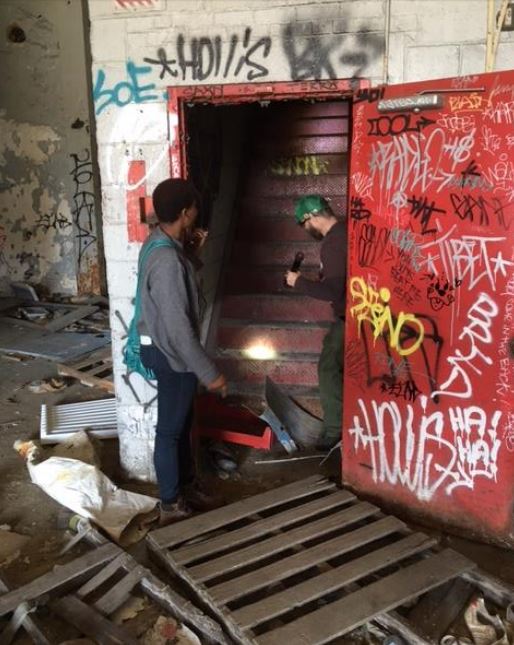 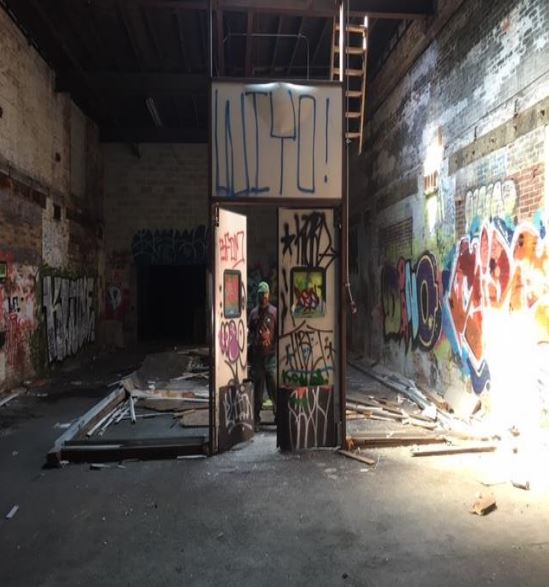 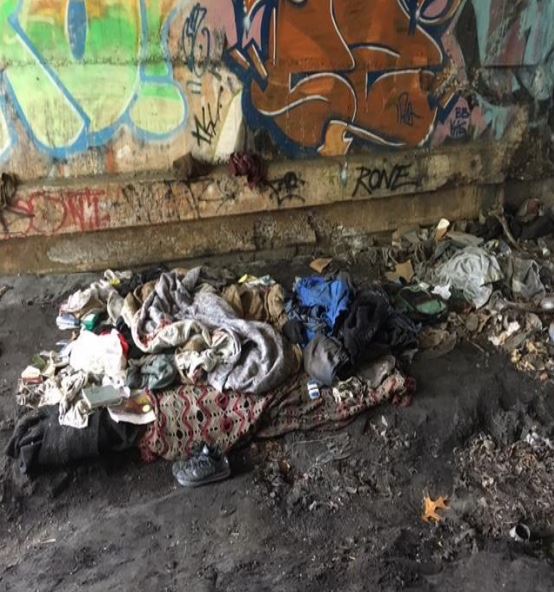 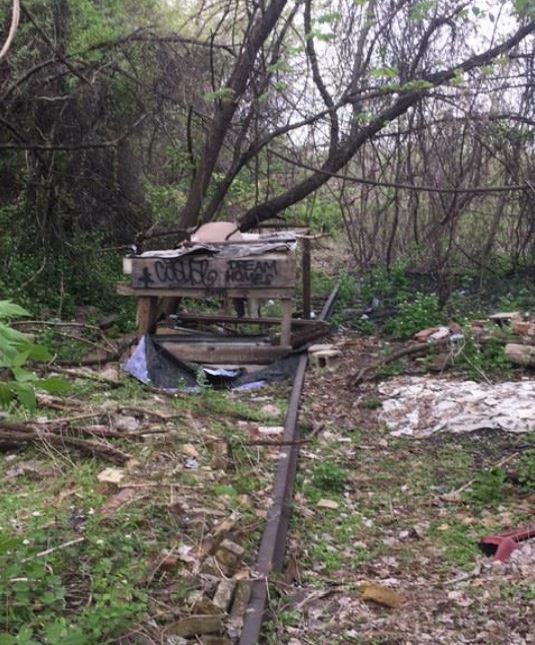