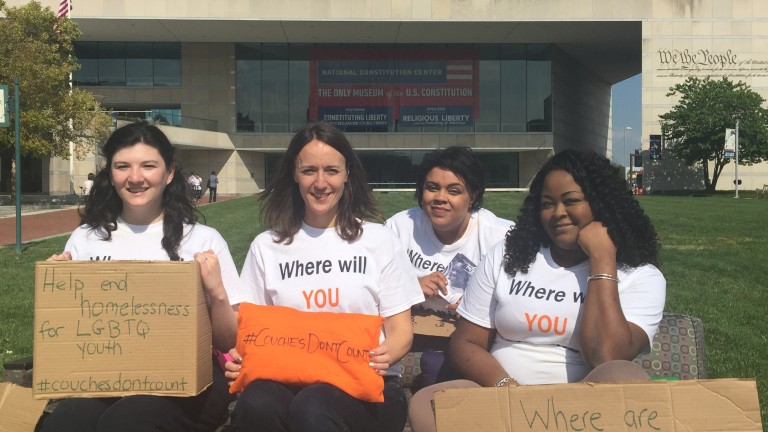 Valley Youth House’s #CouchesDontCount campaign was featured in TWO Philly.com articles to help promote the campaign! Read the first article HERE and the second HERE. VYH sends lots of love to Jeff Gammage for the great pieces. Our favorite quotes:

“Safiya Washington, 22, never considered herself homeless. Because somehow she always found a place to sleep indoors, even if she wasn’t fully welcome or comfortable. For a time, she said, she stayed with a volatile ex-girlfriend, then with a sister who demanded ever-rising rent payments.

In January, she said, the Youth House helped her get an apartment in North Philadelphia. She commutes to her job at Ikea in South Philadelphia. “Home is somewhere you feel safe,” Washington said. “I didn’t feel like that for a very long time.”

“When I see young people, I stop to see what’s going on,” said Kueppers, the Florida accountant. He recalls having teenagers stay with his family, only later realizing they had trouble at home.

“Homelessness is not always visible,” he said. “They’re making a great point.”