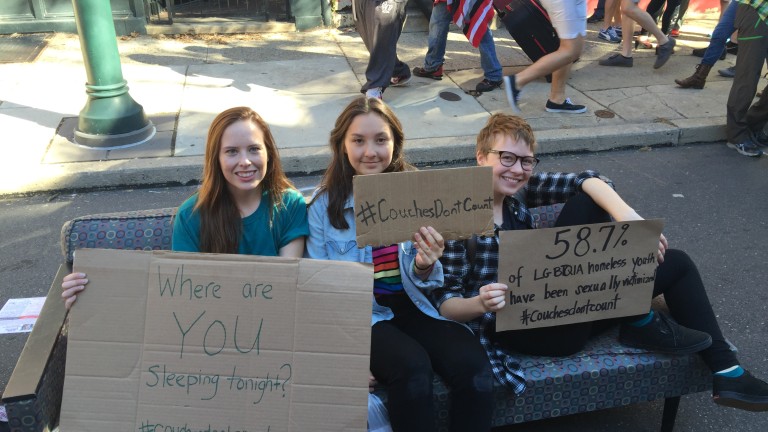 “It is estimated that 40 percent of homeless youth identify as LGBT. A significant proportion of such youth may fall between the cracks, Valley Youth House said, because they are living not on the streets, but on friends’ couches. The Sheltering Pride initiative will put a visual to that idea with several pop-up events that will feature a traveling couch. The organization will also take to social media to raise awareness with the hashtag #CouchesDontCount.”