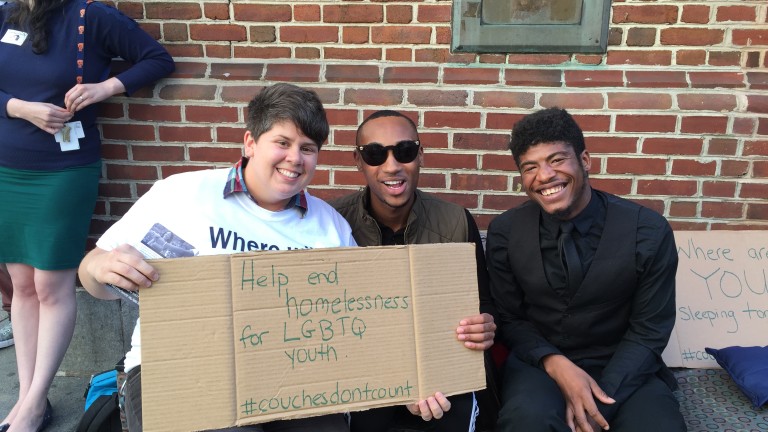 “’You can only go from house to house so many times before you are eventually on your own for real,’ said Jodie Stevens, 22. “When my foster parent found out that I was gender-queer, she kicked me out…I spent 3 months sleeping on floors and couches of friends and guys I met at bars before eventually I was homeless.”

Stevens is now doing contractor work for a start-up firm in New Jersey and plans to attend some of the VYH events this week. ‘It took a while for me to get stable, but I know there are so many people out there that who don’t know how messed this problem is…I’m happy someone is sharing the truth,’ she added.”