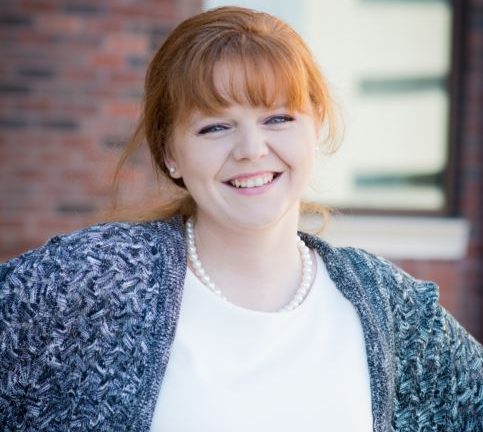 Our youth speaker for Setting the Stage with Elton John is Ashley, the winner of the Valley Youth House Speaker Series!  At the event, Ashley was presented a plaque and $500 to further her studies.  Read the transcript of Ashley’s speech below:

“There will never be a right time in your life to do a great thing. If you are waiting for that perfect time to start your life and build it to where you want, you will forever wait. You have to have the courage to get up day in and day out to fight against many obstacles that stand in your way. Often times you ask yourself, how? How can I possibly achieve it all? That is where most go wrong – they become comfortable. They become comfortable in the jobs they hate that barely make it so they get by. They become comfortable in life situations that should not be happening, but do. They become complacent with where they are, yet have that little voice in their heads telling them – “Do something! I am unhappy and need a change.”

That was where I was at a little over a year ago. I was in a life situation that I should not have been in. I grew up in a large family with a mentally ill mother who never sought treatment. As a result, I suffered many forms of abuse, and I was always unsure if it was truly my mother or her mental illness. That answer, I will never get. She passed away four months ago from dementia at the age of 50. My father worked around the clock when I was growing up to provide for me and my 4 other siblings. He became disabled in 2009 at the age of 49 when he suffered an aortic aneurysm. I was 16 years old. I started working to help my parents afford things as best as I could whether it was just enough to get gas or enough to pay a utility bill.

I worked hard, sacrificed a lot and shed many of tears. But, despite the hardships I faced at such a young age, I soon began my college career. I thought I knew what I wanted to do for the rest of my life, but I quickly realized that I didn’t. I changed my major three times in a span of 4 years.

My academic focus became clearer when I started volunteering at an emergency squad in 2013, and in 2014, they sent me to school to obtain my EMT license. I loved what I did. I loved going on 911 calls, no matter what the call was. I loved every aspect of my job – even though I didn’t get paid for it. All the while, I was working at numerous jobs to help pay for bills at home. I did all of this while dealing with a broken home life.

I became complacent. I was not happy where I was in life. I wanted better for me and my future – whatever that entailed. My mother made it clear that she didn’t want any of us children to live at the house. I became so fed up and hurt by everything that was happening in my home life that I left. I went to the local laundry mat in November of 2014 to sleep. It now was my shelter that I thought was going to be for a long time.

I made it one night. The very next night, I planned to commit suicide. I wanted nothing to do with this life anymore at this point. The hurt was too real and it seemed as if everyone in the world was working against me. Instead of committing suicide that night, I called 911. I was eventually sent to a facility for treatment for my own mental illness – depression and anxiety. I was there for a week. That was my turning point in life and I didn’t even realize it.

In May of 2015, I received a phone call from Valley Youth House. It was two months before my 21st birthday – their age cutoff for the program at the time. Valley Youth House opened a new door for me that I will forever be grateful for. I came to them with an associate’s degree. I came to them owning a vehicle and knowing that I wanted to attend nursing school – but that would be impossible with my current living situation. They accepted me into the program and I was moved into my own apartment in June.

I did everything they asked and followed every rule. I appreciated the life skills portion of the program and all of their hard work they put in to help me, but, most importantly, I needed the safety and security of my own apartment while I attended school. They helped me learn a plethora of new life skills and they continued to push me towards success. They had to counsel me for my never ending addiction to Dunkin Donuts coffee, how to update my resume properly and a few other flaws I possessed. What Valley Youth House did for me, whether they realize it or not, was gave me back my hope. They gave me back my ability to not be complacent with my life if I was not happy.

They taught me that life was not as bad as I had perceived it to be. I now possessed the desire and ability to fight my life battle again. I finished school in August of 2016 and passed my nursing boards September 3rd.

They continued to help me while I was job searching for an LPN job. They were very supportive when I made them aware that I accepted my first full time employment as a nurse. They encourage me and cheer me on as I progress through life. They reassure me and provide advice if I ever feel or seem uncertain. My new goals in life are to advance in my nursing career. I would like to eventually obtain my RN degree and possibly become a Nurse Practitioner someday. I am no longer complacent in a life I am unhappy with. I am now actively fighting to change my life for the better all over again and I am finally winning.”