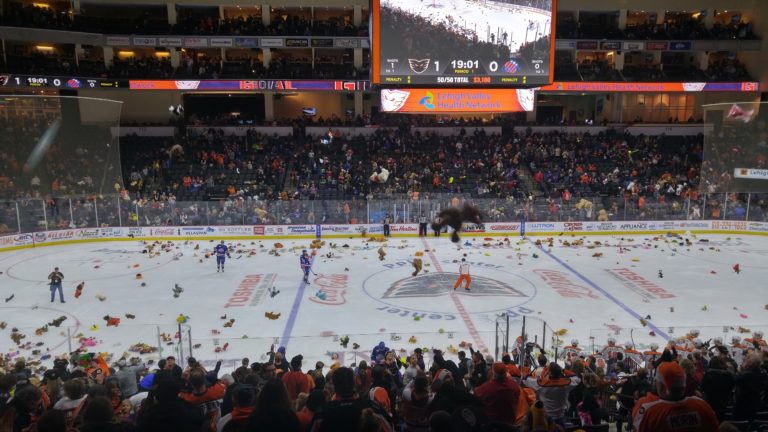 The Lehigh Valley Phantoms, proud AHL affiliate of the Philadelphia Flyers, announced that the team’s 2016 Teddy Bear Toss presented by Dan’s Camera City, held this past Saturday during the team’s 4-2 win over the Rochester Americans, produced an impressive 4,125 teddy bears and stuffed animals. All teddy bears/stuffed animals were counted and delivered by Zamboni to Valley Youth House, the Phantom’s neighbors on Linden St. in Allentown, for distribution to children across the Lehigh Valley.

View photos and video from the Teddy Bear Toss!