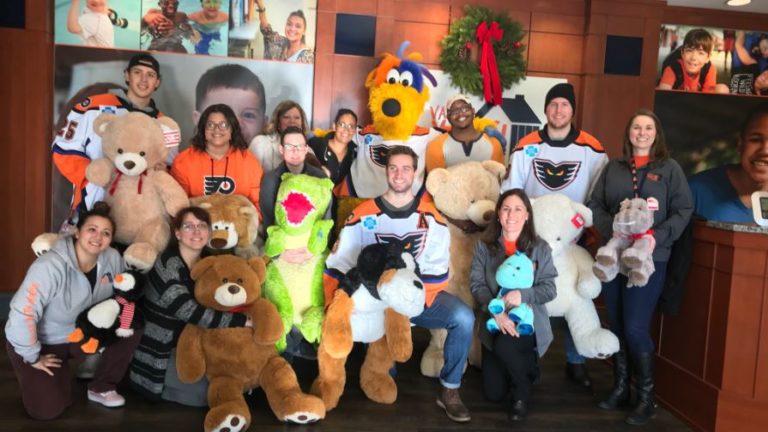 The Lehigh Valley Phantoms, proud AHL affiliate of the Philadelphia Flyers, announced that the team’s 2018 Teddy Bear Toss, presented by Dan’s Camera City, held this past Saturday at the PPL Center, produced an impressive 7,148 teddy bears and stuffed animals, a new record for the Phantoms.  All of the stuffed animals were counted Monday morning and then delivered to Valley Youth House for distribution to youth across the Lehigh Valley. Phantoms forward Connor Bunnaman netted this year’s teddy-bear-toss goal at the 4:06 mark of the first period in Saturday night’s contest.  Assists on the goal went to Greg Carey and T.J. Brennan.  All three of the players that produced the goal that sent the bears flying were on hand to help with the delivery at Valley Youth House .

Thank you, Phantoms, for all your support!